This Barcelona incident is simply another in the long list of Islamic bad behaviour. For the self righteous who say its an isolated incident and not all Islamic’s are like that I say to you bullshit. They are all like that, most simply haven’t shown their true colors yet. The moderate mothers and fathers breed don’t they? That’s where they get these radicals from. They advocate the Qoran don’t they? The parents raise their kids as good little Muslims don’t they? That’s where they come from isn’t it? 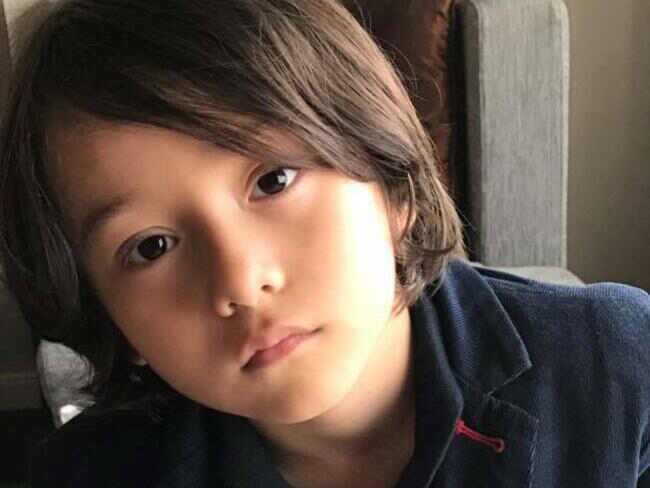 Julian Cadman – RIP little man. We will avenge your death. I weep for your family.

Before I get onto the main story will share with you a video by an American Green Beret. He describes themselves as problem solvers. The writer of this article was also am Australian Green Beret Commando who has in his life had lunch with the Somali and Yemeni warlords. All the others are problem creators – the very same ones that advocate safe schools and same sex marriage (click here)

This Gren Beret advocates sending the entire family of these idiots back to the Middle East. I go one step further (always have) send back Aunts, Uncles, cousins, grandparents, dogs, cats, goldfish pet turtles and budgerigars. The whole lot. Let them take nothing except the clothes they wear and let their own Nationals take care of them.

We read of the sheer stupidity of “experts” that suggest all that has to happen is give them work because they are bored. The article I quote here is spot on accurate. No sympathy at all. Zilch.

As you read the following you will clearly see how right this man is.

HE despicable cowards who murdered seven-year-old Julian Cadman in the name of a pathetic myth of a “noble jihadi” cause should have their memories erased forever.

As in wiped from the planet, from every digital cloud and Facebook post and photograph from which they smile.

And their mothers, who cried for “my boys” when they learnt police had shot dead their terrorist sons, should be silenced.

No funerals, no memorials and no graves for your so-described “good boys” who you claimed to reporters had never done anything wrong.

The brave police officer in the town of Cambrils who shot an amazing four of the jihadis drugged up on amphetamines in fake “Coke can” suicide vests should be decorated.

That is, when they recover from the shocking ordeal for which they are now receiving psychological support.

In a nightmarish “horror film” scene, one of the jihadis rose up after being shot “taunting, smiling, laughing and he carried on walking to the police” until he was shot again.

Family of the Barcelona jihadis weep for their young male relatives who were shot dead by police after the Cambrils attack. Picture: AP Photo/Francisco SecoSource:AP

Julian Cadman has tragically become the face of victims of terrorism following his death in the Barcelona attack. Picture: Facebook.Source:Facebook

And what to do when police find the driver of the car down Barcelona’s Las Ramblas killing 14, including little Julian and a there-year-old girl, and injuring more than 100 people?

Spain abolished the death penalty in 1978, three years after firing squads shot members of the Basque separatist group ETA and another revolutionary group, the FRAP, for murdering police.

Maybe he’ll do the world a favour and send himself off to meet the 72 virgins dangled as inspiration to commit jihad by the geldings who run ISIS.

Some will say, why the outrage now when hundreds, probably thousands of little children have been killed by terrorists for ISIS, or its offshoots?

Perhaps it’s just that poor little Julian Cadman has given terrorism a face for Australians.

But anger has been bubbling up among us about the prevailing gutless “fad” of these jihadi jerks to plough through crowds in a vehicle to cause mayhem and death.

It has now reached bursting point.

The town of Ripoll, 100km northwest of Barcelona and just south of the French border, is where the driver of the Las Ramblas terror truck lived.

Among the 12 worthless young males in the group that planned the Barcelona and Cambrils attacks and a bomb intended for the Sagrada Familia cathedral, were seven from Ripoll.

Relatives of some of the terrorists blamed Ripoll’s imam, Abdelbaki Es Satty, who has since fled town.

The mother of the 22-year-old who is believed to be the drive of the Las Ramblas vehicle appeared before the press speaking in Arabic, which was translated into Spanish and Catalan by a relative.

Julian Cadman has given terrorism a face for Australians. Picture: FacebookSource:Supplied

Julian with his mother Jom, who was seriously injured in the Barcelona attack and remains in hospital.Source:No Source

“I want him to come and see me, to stop doing this, I’m not to blame for this, I would prefer him to be in jail than dead,” the mother is quoted as saying.

Her translator, who has the same surname as the 22-year-old, whom police are still seeking, made excuses for her young relative.

“They are kids, they are very young and we believe that there has been a mastermind who has brainwashed them,” the woman said.

“It’s too much all this, that there should be 17-year-old kids who went to school, study, who spent their lives here and we knew them — we don’t understand a thing. 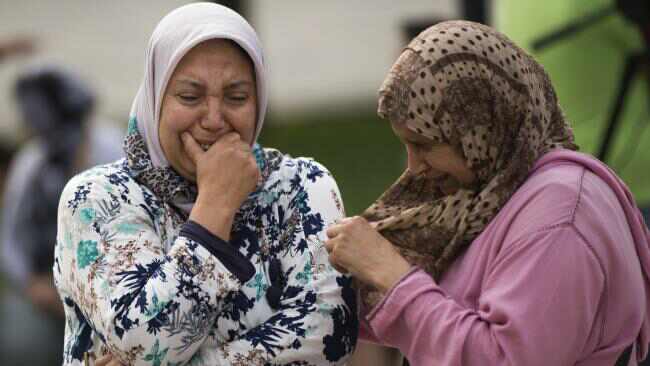 These mothers or relatives aren’t to blame, or are they?
Someone needs to parade through this town with photographs of Julian Cadman, and his fellow victims whose bad luck it was to stroll along Barcelona’s main boulevard on a warm summer’s evening.

Yes, these families’ sons, brothers and nephews who have been shot dead by police were young.

But they were child killers themselves.

And instead of making excuses that a lunatic imam was in their midst schooling their boys to engage in “holy” war, they need to take responsibility.

And perhaps a step in that direction is reminding them that there is a sad and tragic face to their sons’ memory.

Those are the faces that should be remembered, and the those of the cowards responsible should be expunged.