Hits: 54If Jeremy Corbyn wins, Labour will be in the extraordinary position of having a leader with among the most extensive links in Parliament to terrorists Between 2004 and 2008, the Iranian-backed Mahdi Army militia, led by Muqtada al-Sadr, killed at least 70 British soldiers, not to mention thousands of END_OF_DOCUMENT_TOKEN_TO_BE_REPLACED

Hits: 47There is a pol at the bottom of this page. This story came from the USA however it is simply so common everywhere, we in Australia have experienced it first hand as have every other 1st world country where these freeloading, bludging Islamic parasites who have done nothing for END_OF_DOCUMENT_TOKEN_TO_BE_REPLACED

Hits: 71According to a new report, Sadidiq Khan, the Mayor of London, may be too closely tied to extremist groups to have any real desire or ability to fight terrorism. This is the very same Saddiq Khan who told Britons they will have to get used to terrorist attacks and END_OF_DOCUMENT_TOKEN_TO_BE_REPLACED

Hits: 75Forget ISIS, that is a convenient myth. Its Islam through and through. ISIS is a diversionary tactic to try and absolve all Islamic’s from the responsibility of their death cult. Oh the catch cry, it isn’t all Islamic s. Oh yes it is, every single one of them. Where END_OF_DOCUMENT_TOKEN_TO_BE_REPLACED

Hits: 61You have to read this. Australia has stopped illegals coming to our country. Now the United Nations is giving us a pasting over our “human rights” record. Had a look at Britain Europe lately you imbeciles? More than 100 countries gave recommendations on how Australia should improve its human END_OF_DOCUMENT_TOKEN_TO_BE_REPLACED

Hits: 72The popularity of Novamagic has propelled it from the ten millionth to the seven hundred thousandths most popular website in the world in just six weeks. We Need your help – so I have set up the Facebook Novamagic Community to join. We need an army of volunteers do END_OF_DOCUMENT_TOKEN_TO_BE_REPLACED

Hits: 81Better spread this around. Its plainly obvious Angela Merkel is bullying other European Nations into taking refugees. Angela Merkel is fully behind this illegals mass movement. She is clearly trying to achieve what Hitler failed to do. That is plainly very obvious. The headline reads: ‘Tens of millions’ of END_OF_DOCUMENT_TOKEN_TO_BE_REPLACED

Hits: 65Again, send this viral. Again for the umpteenth time, these Islamic liars and low lifes cannot tell the truth. The Canadians tell us that the drowned boy family never applied for entry, yet these reprobates have told us otherwise. When are the world leaders going to say “hello – END_OF_DOCUMENT_TOKEN_TO_BE_REPLACED

Hits: 110Better make this viral as it shows exactly what these low life’s get up to. We even had the stupid Australian Prime Minister saying we should do more and the lefties really getting their dicks in a knot trying to promote their cause. Say no to any so called END_OF_DOCUMENT_TOKEN_TO_BE_REPLACED 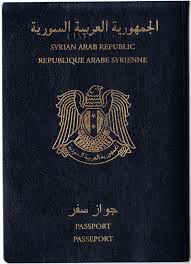 Hits: 40Its been going on for years in pretty much all countries. This is exactly how the terrorists are getting in. Wakey wakey you lot. Its nothing new at all. Fake syrian passports are the very least of it. There is so much ‘Invasion of Europe’ news now that I’ll END_OF_DOCUMENT_TOKEN_TO_BE_REPLACED

Normally Novamagic allows a full democracy poll where you can add your own answers. This time it is treated like a referendum, one answer only, no maybes, what if's or anything else, yes or no.

This website uses cookies to improve your experience while you navigate through the website. Out of these, the cookies that are categorized as necessary are stored on your browser as they are essential for the working of basic functionalities of the website. We also use third-party cookies that help us analyze and understand how you use this website. These cookies will be stored in your browser only with your consent. You also have the option to opt-out of these cookies. But opting out of some of these cookies may affect your browsing experience.
Necessary Always Enabled

Any cookies that may not be particularly necessary for the website to function and is used specifically to collect user personal data via analytics, ads, other embedded contents are termed as non-necessary cookies. It is mandatory to procure user consent prior to running these cookies on your website.